Tech is a male-dominated industry. But when it comes to computer sciences, it wasn’t always that way. So what happened, and why does it actually matter?

During the emergence of computer technology in World War II (and well into the ‘60s), most of the computing sector was made up of women. This then plummeted to 13.6%, before rising again in 1984 to 37%. Since then, it’s declined to about 18%—a change that correlates in time with the introduction of personal computers in homes, which were marketed exclusively to men. This started the societal norm of families buying computers for boys and not girls.

Now, a majority of surveys and other statistics paint the same picture: women aren’t as interested in computer sciences these days as their male counterparts. So if that’s the case, why does it need “fixing?”

For one, there’s the obvious alignment with gender equality in a larger sense. In the UK, female workers still make 83p for every ￡1.00 earned by a man. But there’s more. Diversity fuels companies with innovation, which is integral to an industry like technology, which is inherently defined by progressiveness and novelty. A wider variety of people will generate a wider variety of ideas, experiences, and skillsets. Having motley crews enables companies to better empathize with a more diverse clientele, thus creating or strengthening relationships through meaningful human connection.

And so while females only represent 20% or less of the tech industry, they make up 40% of LeanConvert’s team. The company even has a female co-founder. This does of course benefit the company for the aforementioned reasons—but that’s not our main drive. While we primarily focus our key belief of continuous improvement (and Lean Methodology) around ourselves and our clients, we see bridging the gender gap as a way of also improving the industry at large.

Sarah O’Brien, one of LeanConvert’s Optimisation Specialists, provided her own experience as a female in tech, touching on why things are the way they are, as well as how LeanConvert is different. 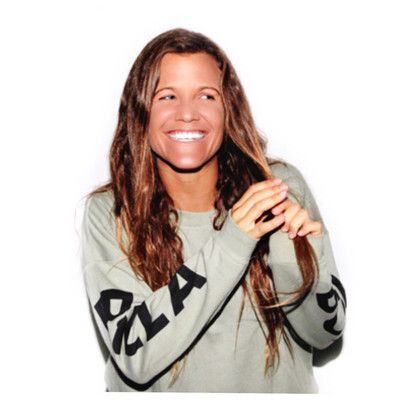 How did you wind up working in web development?

As a self-proclaimed techie, I have always been fascinated by the online space, and artificial intelligence in particular. From a young age, I chose computer classes and participated in extracurricular computer activities. There was always only one degree I considered doing; Computer Science. I feel lucky in the sense that I always knew what I wanted to do. Development came about in my first full-time job at Billabong, building their online e-commerce store. My interest in personalisation and data segmentation evolved from here.

Why do you believe that developers tend to be males?

Great question. As one of just two females in my degree (albeit 10 years ago), it was obvious that this area is predominantly male-orientated. I believe this stems from back in the ‘80s, when computers were associated with gaming and were toys for “geeky” boys. Perhaps it was even the lack of role models within the field.

Can you talk about opportunities within development for women? Is there a lot of room for growth there?

Of course, with a minority, there is a huge opportunity for women in this industry.

Research from a “Women in Technology” study by PwC found that over a quarter of female students say they’ve been put off of a career in technology as it’s too male-dominated. Most females say they wouldn’t even consider a career in technology, whereas most males would. And only 5% of leadership positions in the technology sector are held by women.

I actually think a lot of my jobs I got because I was a girl. You obviously want to be chosen for a position because you’re the best fit, but there are definitely companies that are pushing to have that fit be a female.

What type of person makes for a good developer?

First and foremost, believing that nothing is impossible. Developers have to constantly think of ways to adapt, build and create quickly. We cannot be intimidated by new technologies. Ultimately a great programmer wants to know the feature they’re building is of high value and can question or push back on the client when a feature creates no value for anyone.

How would you explain what you do to a 5-year-old?

I give websites a brain to help them learn and get smarter, so that when your mummy and daddy visit the site, they see what they want to see.

I spend most of my day deep-diving into data and looking at current experiments to understand user behaviour and continuously strategise and implement ways to improve conversion and overall customer experience.

What is a misunderstanding people have about your work?

Everyone thinks that I code all day long and that I don’t speak to anyone. They think I’m in a black room looking at a blank screen with neon green digits. But I rarely do that. I think there’s also an assumption that IT is boring or that there’s no creativity, because they relate it more to math (which is rigid) then an art class, let’s say. But technology is literally defined by innovation, which means creativity.

How has working at LeanConvert been different than previous work experiences?

First and foremost, being a fully remote company, for me, is the best thing ever. It allows us to manage our workload and personal time without the dreaded commute. Everyone is unbelievably experienced, knowledgeable and talented within the field, and has a great passion to succeed and improve. It feels more like a community working together to do great things, rather than working to live.

But one of the reasons I was drawn to LeanConvert is the large number of like-minded female developers and female role models (in particular our Director of Operations, Bri Axon), which is still so rare in this industry.